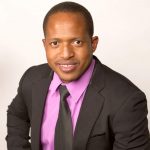 Keith is a graduate of CBC Russia, having joined the college in 2005. He went to Russia to study Statistics in University and attended CBC in the evenings for four years, during which time he received his calling into the ministry. Upon returning home to Zimbabwe he worked for one year and resigned from his job moving on to full-time ministry in July 2010.
Keith had a deep love and understanding of the Word and has a gift to teach in a way that brings understanding.

Having lived for five years in Russia, a former non-religious country, as a strong believer and church leader, he brings in a wealth of leadership potential, with much demonstrated in his few years in school, church and also at former job as a Biometrician. 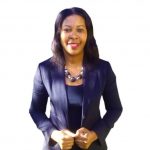 Nancy graduated from the inaugural CBC Zimbabwe class in 2014.

She completed a master’s degree in applied linguistics  and thereafter she got born again in 2009. From that point on,  she sensed a strong desire to serve God and instantly  knew she was called to ministry and was not going to easily fit in secular missions. The social and financial hardships she began to experience, led her to seeking God in many a places. Being introduced to Charis Bible College in Harare by a friend, Nancy finally got delivered…by the Word! Now Nancy works as Dean of Students sharing a sure confidence and an unquestionable passion for the Word and for serving many of God’s children, who like she did are seeking and finding the gospel truth. 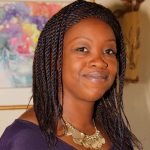 Mrs Dee Vera, completed her third year course as a student at Charis Bible College Zimbabwe in 2018. She has followed Andrew’s teachings for over a decade before finally enrolling with Charis Bible College. Her passion is to see people liberated by the Power of the Word of God.

Dee and her husband have a family business and she has worked for Stanbic in the past. She holds a diploma in Accounting and is married with 2 children 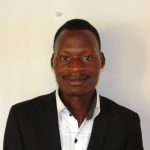 Taurus is one of Charis Bible College Zimbabwe pioneer graduates.  He realised God’s call on his life as he ministered in public schools between 2006 and 2008 and felt the need to learn the Word.  In 2011 as he planned to start evangelising on the streets, he met CBC-UK alumni who encouraged him to continue preaching the gospel and told him of a Charis Bible College opening in Harare on the very next day! He went to check it out, and the rest is history, as Taurus began evening class as the one of the only two students.  He would attend the evening class and head home after lessons, and sometimes would only get home around 11:00pm as he lived quite a distance from Harare. This was all worthwhile, as the Word totally transformed Taurus inside out.

In 2015 he graduated after his third year in which he completed the Leadership course.  Taurus now works as Facility Manager at AWM & CBC Zimbabwe local office and doing much of the disc production. In all his endeavours, Taurus continues to see the greatness and goodness of the Lord as his plan for Taurus’ life continues to unveil. He enjoys every moment of his time he spends at the ministry and says ‘It is such a pleasure to be part of this ministry and doesn’t seem like a job at all.